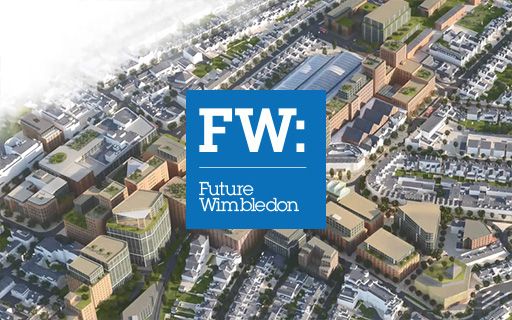 There could be significant investment in Wimbledon Station for Crossrail 2 which could lead to knock-on opportunities to improve and develop the centre.

The Future Wimbledon Supplementary Planning Document (SPD) has been prepared to create a long-term vision for the future of development of Wimbledon town centre.

This SPD supplements Merton's existing planning policies to provide guidance for development, public spaces and to attract investment in SW19.

Thank you to all those who responded to the consultation.

Thank you to all those who responded to the consultations on the first draft of the plan, a summary of the comments received is available in the consultation report. Future Merton are using the feedback received to help inform and guide the next stage of the plan.

We have also consulted with the Environment Agency, Natural England and Historic England on the Strategic Environment Assessment Determination Statement.

Thank you to everyone who took part in the co-design process for new public spaces in Wimbledon at St Mark's Place and Wimbledon Theatre. The Play Wimbledon report is a summary of the workshops and proposed designs.

The public space designs will be developed further, subject to detailed design and consultation in early 2020.

The winners of the Future Wimbledon Ideas competition, Lugadero, are collaborating with us to re-design two public spaces in Wimbledon town centre. Play Wimbledon is a concept that centres on placemaking and creating streets and public spaces that are imaginative, fun and encourage social activity, informal play and wellbeing.

As part of the Future Wimbledon project, Lugadero and our FutureMerton team will be creating temporary seating installations this Autumn. These will be located in St Marks Place and outside Wimbledon Theatre. These spaces were identified in the Future Wimbledon Masterplan Workshops as potential new public spaces. The pop-up spaces and installations will be a trial; to test how the spaces work and what people think of them. This temporary approach is quicker, lighter, cheaper and will help shape a permanent design for the spaces, in collaboration with the local community.

Thank you to all those who attended the Wimbledon Community Forum on Thursday 27 September. Here is a copy of the presentation:

A big thank you to all those who took part in the workshops. A huge amount of information has been produced and this short document can only summarise this. More detailed information on the issues and ideas will be posted on the Future Wimbledon webpage. The information is now being used to help inform and shape the production of a first draft of the Wimbledon Masterplan. This is currently in progress. Please check the webpage for the latest updates.

The workshops have now been completed and we are in the process of compiling the results They proved to be a great success and a big thank you to all of you who attended and got involved.

Over 200 of you participated, producing 96 maps, cast over 2000 votes in 16 polls, submitted hundreds of photographs and generated over 100 ideas in 18 different subject areas

We have collated the headlines for you in the documents below.

A full consultation report of the three workshops will be published on this webpage at the end of April 2017.

During February and March 2017, the council held workshops for residents and businesses to get involved in the process of shaping the masterplan. Attendees engaged in a range of interactive tasks to discuss the opportunities and issues facing Wimbledon and the future direction the town centre should take

This will be one of a number of ways the council will be engaging with people in developing the masterplan. The workshops took place on Wednesday 18 January, Monday 20 February and Monday 27 February.

The results of public consultations for the masterplan will be collated and posted on this webpage throughout 2017.

We and Love Wimbledon BID hosted a landowners’ forum to explore the ambition we have for Wimbledon's future and that of key commercial landowners. 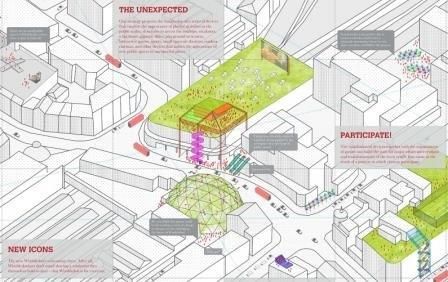 We held an ideas competition as a precursor to the masterplan. It gave the rising stars of urban design and community champions the opportunity to share their ideas and aspirations for Wimbledon.