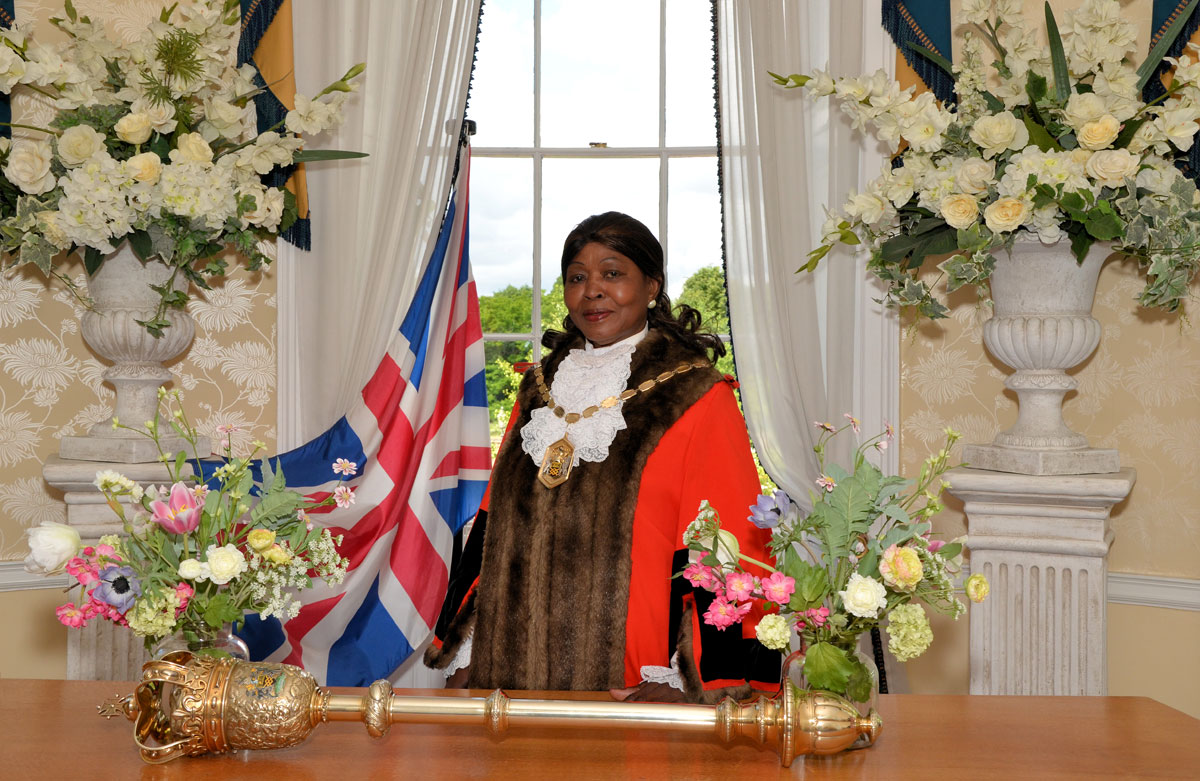 The Mayor of Merton for 2022/23 is Councillor Joan Henry.

News: New Mayor of Merton pledges to empower young people and bring the community together

The role of the Mayor

In May each year the council elects a councillor to serve as Mayor for twelve months. They also elect the Deputy Mayor for the same period. The Mayor can choose to appoint a Mayor's Chaplain, who also serves for a year. Traditionally, the Mayor of Merton has also chosen two locally based Mayor's Charities for which he or she will organise a number of fund raising events throughout the Mayoral year.

The Mayor becomes Merton's ceremonial and civic head for the year and during that time can choose not to serve on committees. The Mayor chairs full council meetings.

The Mayor represents Merton at public affairs and civic and ceremonial events. As First Citizen of the Borough, their role extends outside the borough to include events and organisations that support the community. The Mayor also entertains guests in the Mayor's Parlour at the Civic Centre for both formal and informal events.

In addition to attending events all over the borough, the Mayor has the role of receiving members of the Royal Family during any official visits to the borough.